The History of Modular Construction 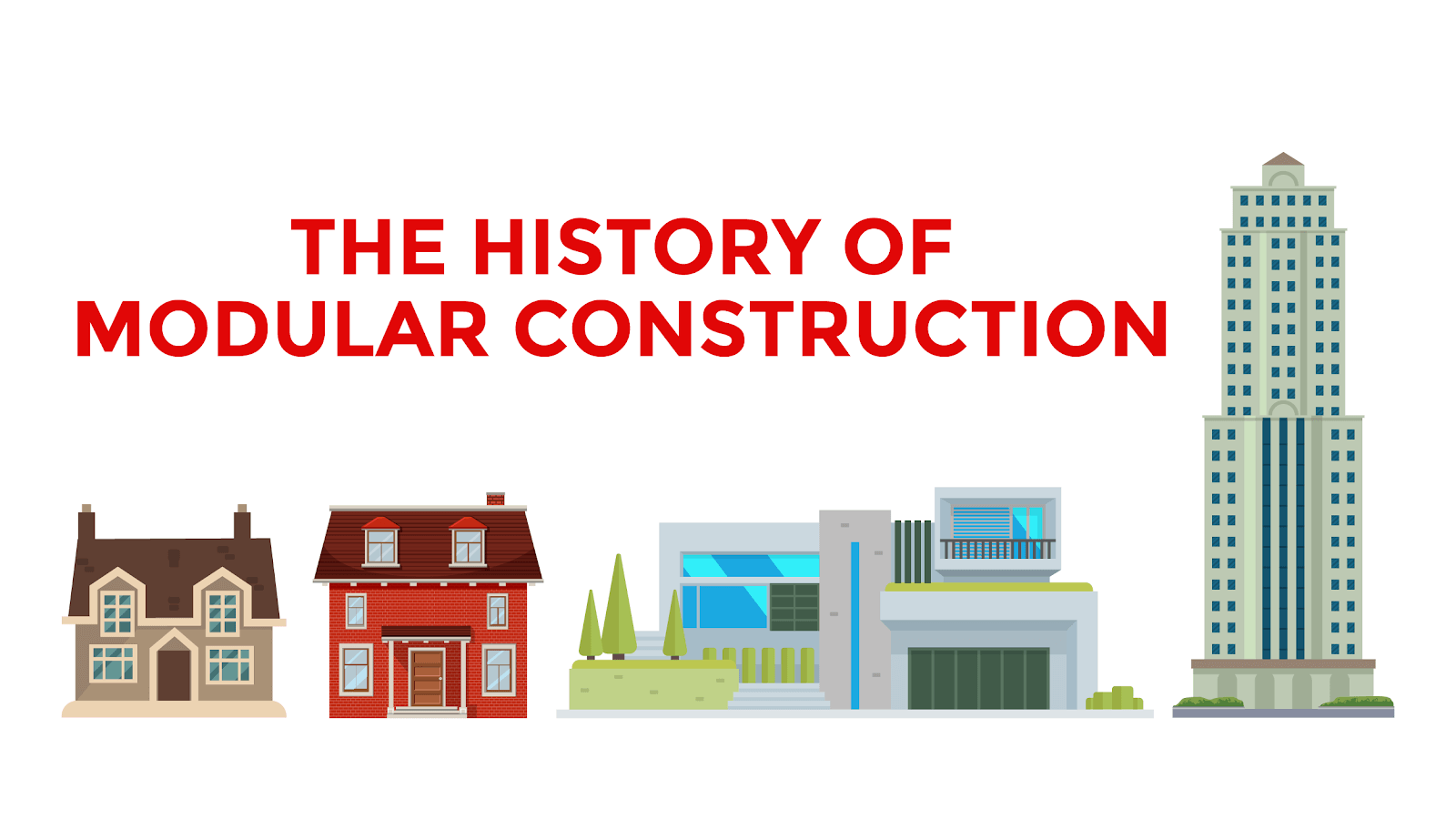 Modular building construction may seem like a newer way to construct buildings, but it actually has a long and storied history. Ever since factories became commonplace, architects and builders have sought to utilize their potential to create high-quality prefabricated buildings.

Take a journey with Satellite Shelters to find out how modular construction evolved into the game-changing industry it is today!

The idea of modular buildings constructed from prefabricated materials and parts has been around for a few thousand years. Roman armies carried their forts in prefabricated sections for easy installation once they arrived at their destination, and since then modular construction has only grown.

The first prefabricated house is widely recognized to be a wood panel fishing house shipped from England to Massachusetts across the Atlantic Ocean in the 1600s. In the 1800s, the Brits continued shipping pre-made houses to their colonies and were responsible for the Australian portable cottage. 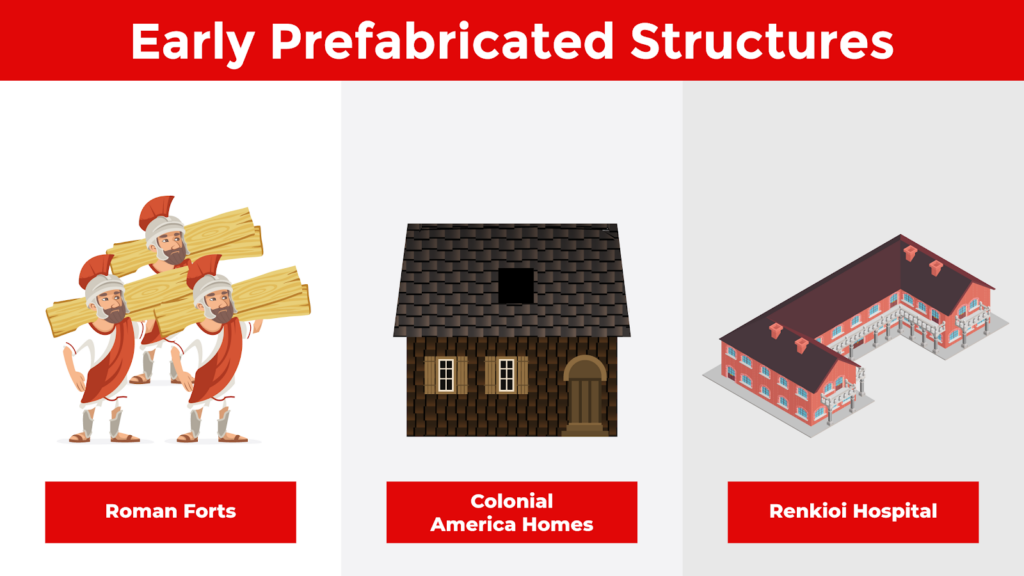 The concept of prefabricated buildings that weren’t simple homes got off the ground in the 1800s, too. Famed architect Isambard Kingdom Brunel designed the fully prefabricated Renkioi Hospital at the height of the Crimean War in 1855, an idea way ahead of its time. The hospital was designed and its modules constructed and shipped within five months.

The first true catalyst for modern modular construction happened shortly after the turn of the 20th century. Starting in 1908, Sears, Roebuck, and Co. sold prefabricated houses through its Sears Modern Home program. The concept was simple: Order one of the ~400 house plans from the catalog and receive it in easy-to-construct sections. All you had to do was provide a plot of land and labor.

These kit homes granted homeownership—and the upward mobility it afforded—to anybody with a catalog and the required cash. It was particularly important to both World War I veterans coming home from the war and African Americans seeking homeownership during Jim Crow laws.

Most importantly, the Sears Modern Home program showed the benefits of modular construction to America at large. Prefab modular buildings take less time to build and are more affordable than traditional construction, and Americans bought approximately 75,000 made-to-order houses from Sears between 1908 through 1940.

The Postwar Housing and Construction Boom

After World War II, America saw the return of millions of military personnel, many of whom sought to start families and begin their postwar life with loved ones. Such a population boom required an immense number of houses, and such housing could only be supplied through prefabricated, modular construction.

About 30 miles east of Manhattan, William Levitt and his real estate company designed a planned community that became the model for American suburbia: Levittown, New York. Levitt leaned heavily on prefabricated house sections to accomplish affordable and mass-produced housing at the rate that was needed. The first Levittown house cost a tick under $7,000—about $80,000 in 2019 dollars—and Levitt’s company constructed an astonishing 12 per day between 1947 and 1951. 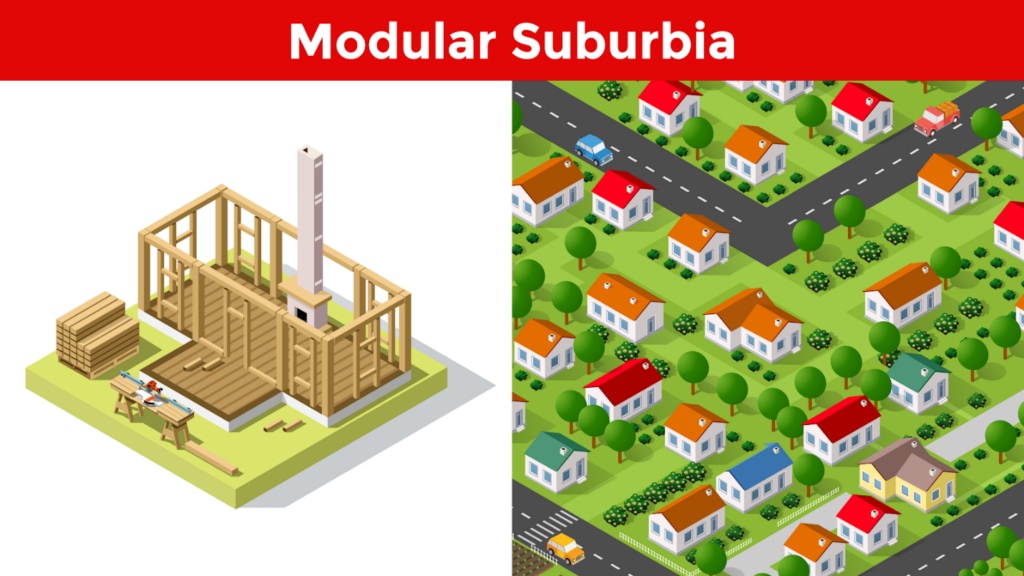 However, it wasn’t just housing that enjoyed a postwar boom. Modular buildings were rapidly becoming a more common choice for businesses, too.

Modular buildings sometimes take half the time to construct than traditional buildings do, as work can be done simultaneously on site and in the factory, where weather delays are practically nonexistent. This additional time gained in the modular construction process directly translates to profitability and uptime for businesses.

How Modern Modular Construction Has Changed

Modern modular buildings are feats of design, imagination, and engineering. They aren’t stylistically limited and can be built in any desired style, such as modern, Victorian, craftsman, contemporary, and more. These styles are indistinguishable from traditional construction, yet cheaper and quicker to build.

As more and more businesses are realizing that a modular approach to their buildings can benefit them, we are seeing a push to improve technology so modular construction is even faster and more efficient.

A large driving factor behind the advancement of prefab modular buildings is the technology behind it. New developments have made a night-and-day difference between a modular unit today and one shipped by Sears a century ago. 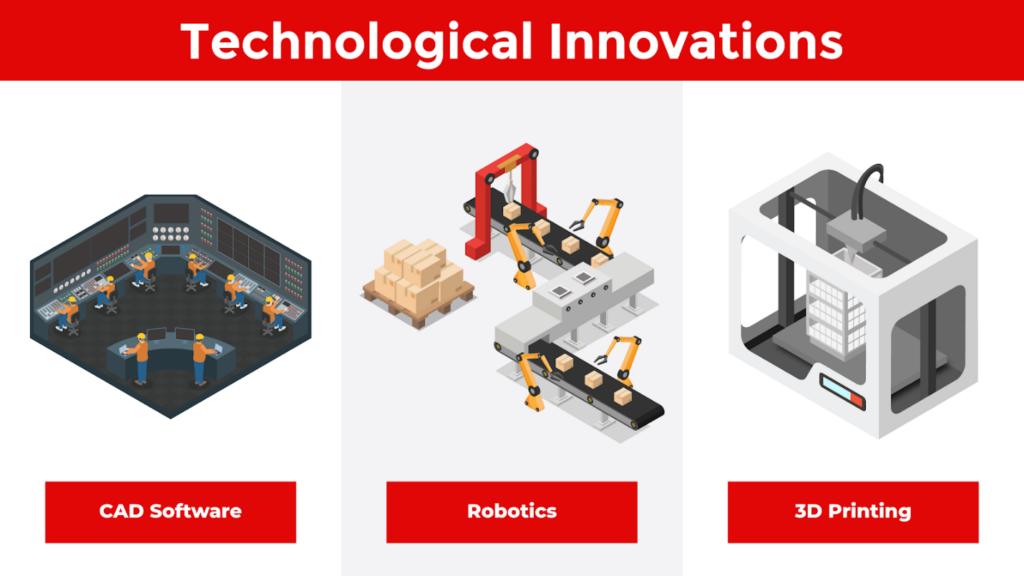 Computer-aided-design (CAD) software has led the technological charge. These programs allow architects to design, refine, and tinker with modules from the macro level to each tiny screw. This has made the process both more efficient and more creative. Combined with the computer precision of robotic construction, the only thing coming between an architect’s vision and construction reality is the laws of physics.

Other important improvements that will continue to shape modular construction moving forward are 3D printing and automation. All of these cut down on time and cost, equipping architects and builders to do their jobs more effectively, safely, and quickly.

Satellite Shelters Is Harnessing the Past for the Future

The future is bright in the world of modular construction. As technology improves and businesses gain experience in the field, it will only become more common to see modular units like offices, medical clinics, and schools pop up in communities across America and worldwide. Not every project is a good fit for modular construction, but many are (and those that are a good fit can benefit greatly from prefabrication).

At Satellite Shelters, we have the experience and passion necessary to make your modular building dreams a reality, faster than you ever thought possible. Contact us today. We’re not just a great modular construction company. We’re The First in Space.

Our Most Frequently Asked Questions About Specialty Products

Mobile Offices vs. Modular Buildings: Are They Different?